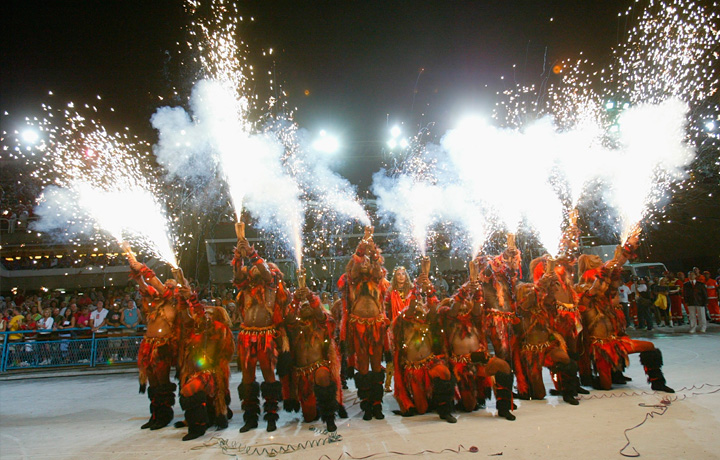 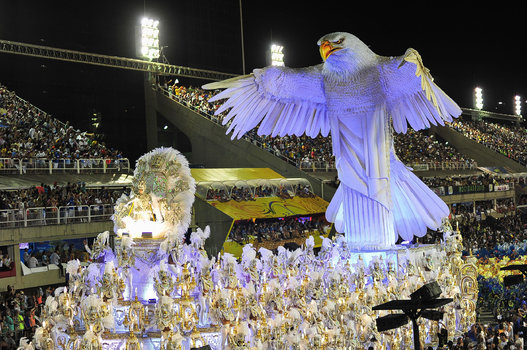 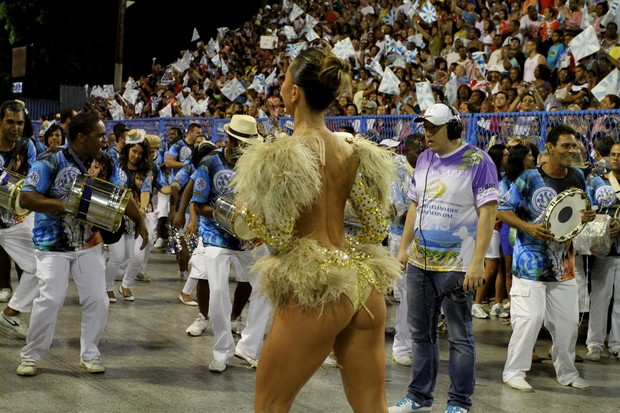 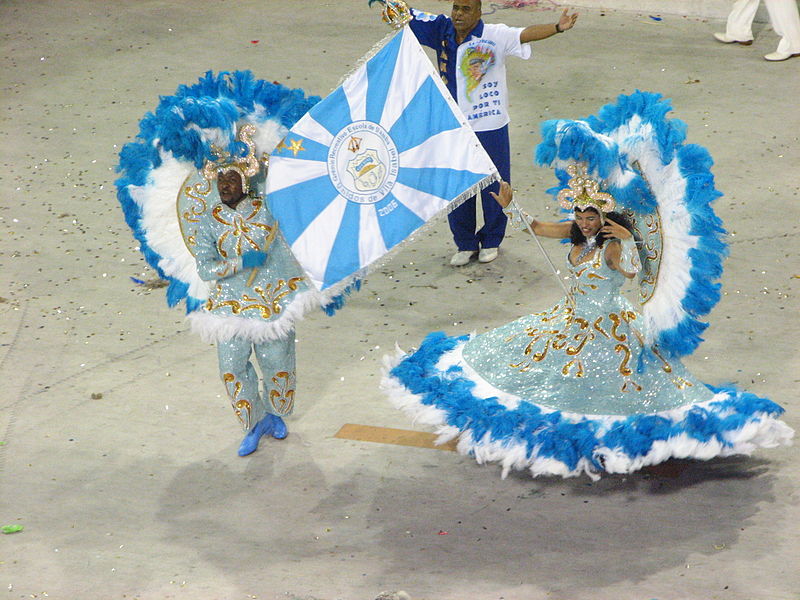 The formal parades ("desfiles") during carnival, a uniquely Brazilian phenomenon, are a showcase of each main "escola" enhanced by the participation of celebrities, fans and guests who often pay large sums of money for their elaborate costumes. In Rio de Janeiro and São Paulo, the formal parades are held in specially constructed arenas called Sambadromes (Sambadrome Marquês de Sapucaí in Rio, and the Anhembi Sambadrome in São Paulo) designed by influential architect, Oscar Niemeyer. The Samabadromes are designed to accommodate all social classes, with VIP lounges, tourist sections, and various types of seating right down to cheapest seats for poorest sections of the community. from Those who choose only to watch the parade may also be charged for the best seats. Each school displays glamour in colorful costumes and floats with special effects and is organized into different segments or "alas". The "alas" represent different components of the school's theme, or "enredo", as they act out a homage to a myth, historical event or figure, or express their view on a social, environmental or international issue. The "alas" display distinct costumes or "fantasias" and also reflect traditional samba school roles developed years ago. Thus, each samba school parade has the "comissao de frente"; individuals who open the parade by walking in social attires, saluting the crowds; the "ala das Baianas", or the traditional segment of Bahian African-Brazilian ladies with impressive round dresses spinning through the Avenue; the "puxadores" (lead singers) singing the "samba-enredo" or theme-song while they play the "cavaquinho" or other string instruments; the "Velha Guarda", or veterans who made history in the school; the "bateria", or samba band with drums, "cuicas" and other instruments, preceded by the "madrinha da bateria", or band godmother who is often a sexy female celebrity. The "porta-bandeira", or the female flag holder, and the "mestre-sala", or male cortsy, display and salute the school's flag, as they dance and strive to show harmony and samba expertise, as their performance is carefully observed and scored by the judges.